Hypnotherapy - with one of Australia's Leading Hypnotherapists

Michael Pattinson
Boots into Suits™ has developed a relationship with one of Australia's leading Hypnotherapists, and has negotiated a 10% discount for our members and supporters (to claim the 10% discount, you must mention "BOOTS HT" when you sign up).

Michael has been practising hypnosis and hypnotherapy in a clinical setting for more than 12 years, and initially studied hypnosis at Victoria’s only Government registered hypnotherapy training body, The Academy of Hypnotic Science. He has studied under world renowned Psychologist Dr Gordon Emmerson, founder of Ego State Therapy, and an Honorary Fellow of Victoria University’s School of Psychology. 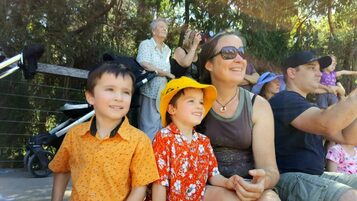 Michael's been a professional member of The Australian Hypnotherapist’s Association (The AHA), Australia’s oldest and most prominent Hypnotherapy Association. This membership requires that he undergo regular up to date training, and professional development.  Michael has done extensive public speaking in Australia and appeared on various Radio talk shows and morning radio shows.

He is the proud father of two twin boys.